What you’re about to read was recorded from a conversation between one of our team members and our Design team Lead. Our Design team lead has been with us since the beginning, playing a vital role in helping Shiryo be what it is today. The resulting content explores different designing aspects in Shiryo from the inception of our cards to the different iterations of our boards.

Can you tell us what the design experience for Shiryo was like at the beginning?

It began as a lot of other crypto projects do. The solid ideas were there, but a broader idea of precisely how everything will move and look wasn’t.

We knew it would be a wolf-themed, Hearthstone-style card game on Ethereum, but a full style wasn’t visualised yet. The beginning of the project was extremely fast-paced, and we had to make visual developments very quickly to maximise our momentum. The initial design of the NFTs was based on pixel art, and were quite different to the final designs. 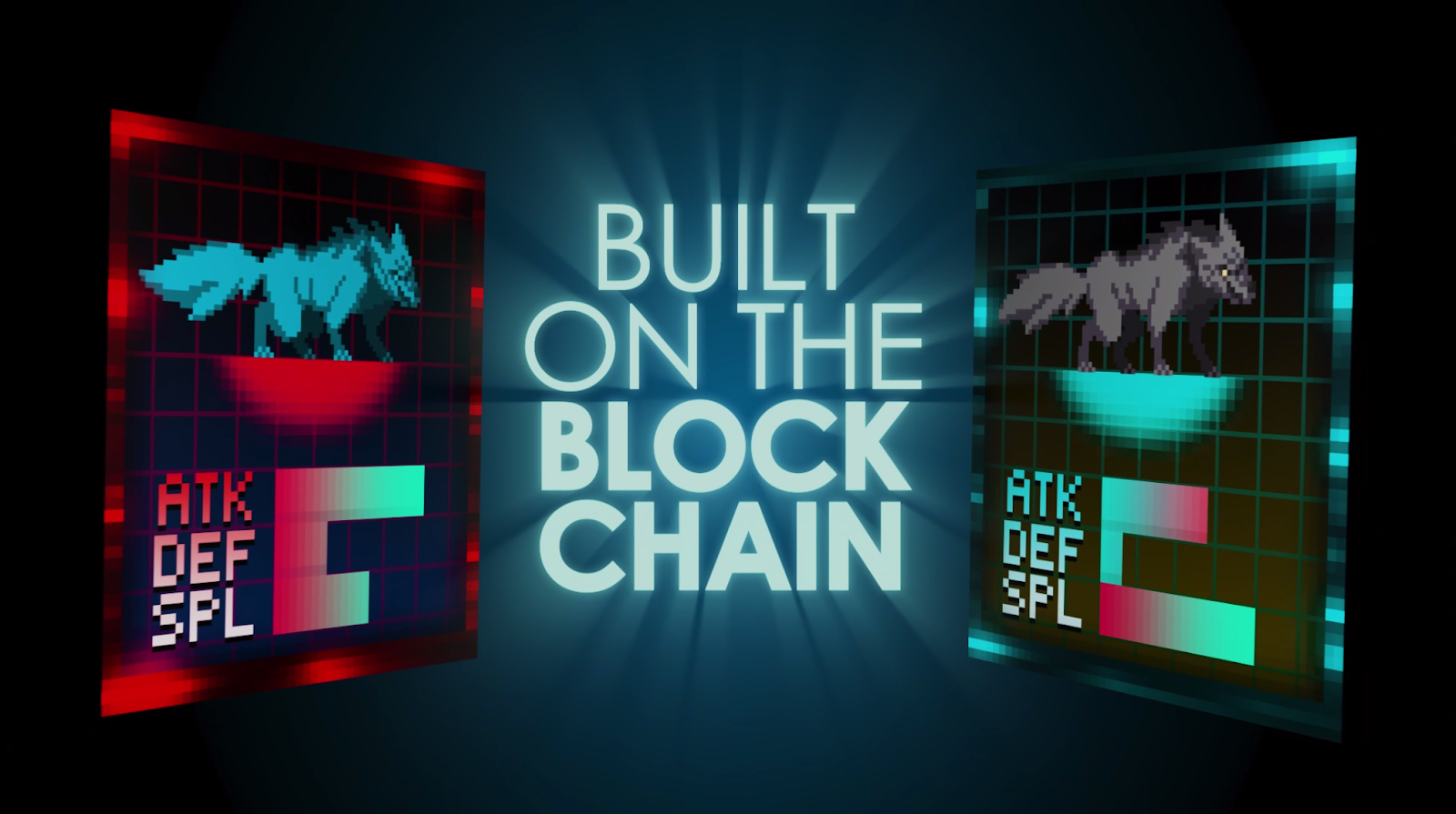 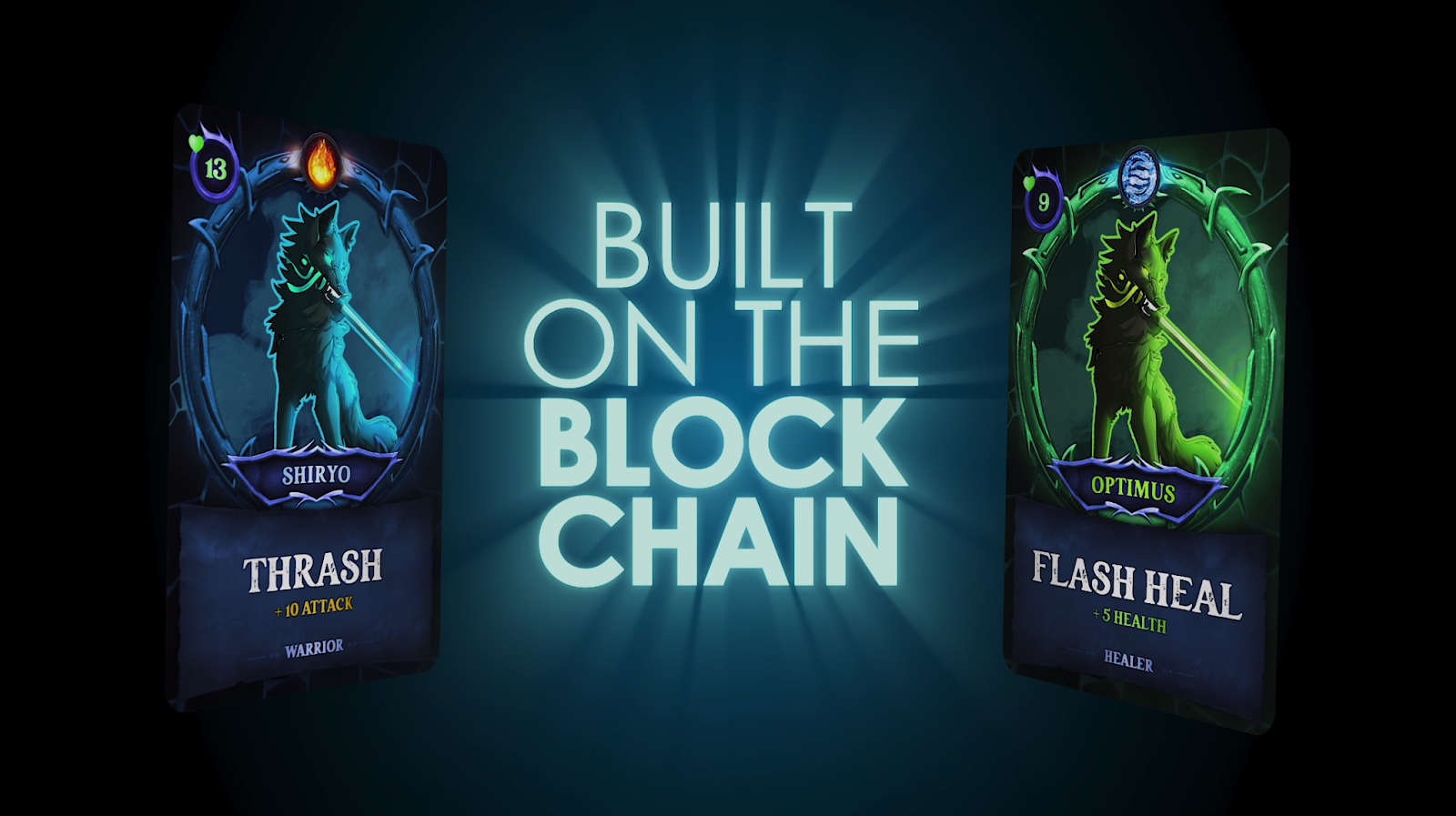 The first trailer video I made was centred around showing off these NFTs. It really was a hectic time for production. Producing content into the night, trying to portray what our project was all about while we had so much community attention.
We did like the visuals of the pixel style but we very quickly decided it needed to be more mature.

Pixel art styles are popular in crypto, it’s interesting it started that way though compared to what it is now. What was the change?

Pixel art is a really practical style to work with. You can produce art quickly, and try out several creative solutions to problems in a short time. In that way, you can sometimes end up with superior results. However, we thought pixel art had become associated with low-effort, fast turnaround projects, and that’s not what we wanted to make. So we updated the design shortly after, and I updated the video with the new cards.

Our vision was to have each card as a separate painting, all commissioned by artists. We felt that if we expected the community to lavish time and attention on our project, then we had to do the same. Also, it’d give us a base of high resolution visual content that we could repurpose in different ways.

We had all the energy cards and different designs for the borders before we finalized the designs for the wolves (2nd gen). One of our team drew the first iteration for wolves as a representative sample, then we set out to get all of the card designs hand painted. 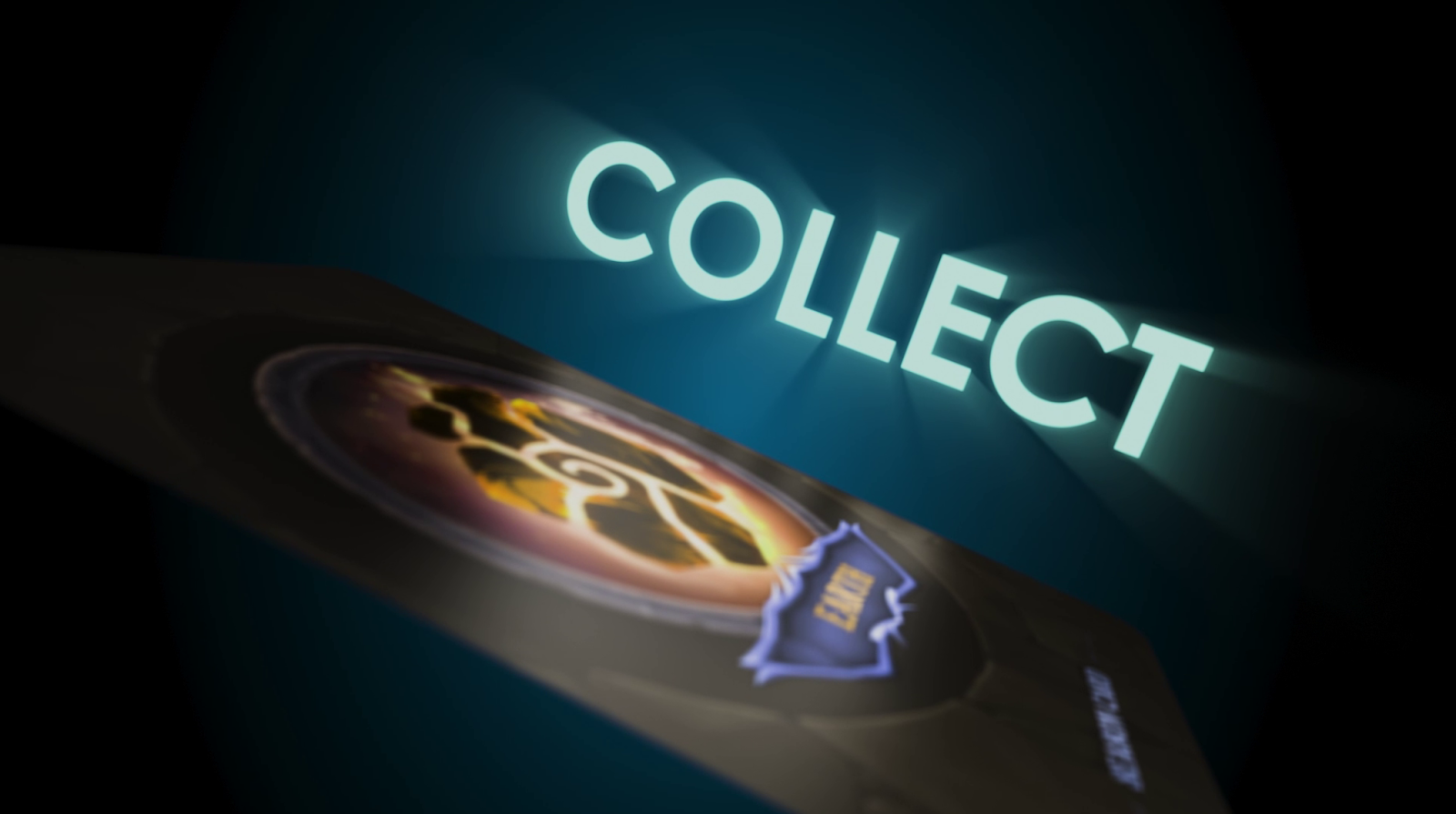 What about the designs of the first gen boards – how did they go? 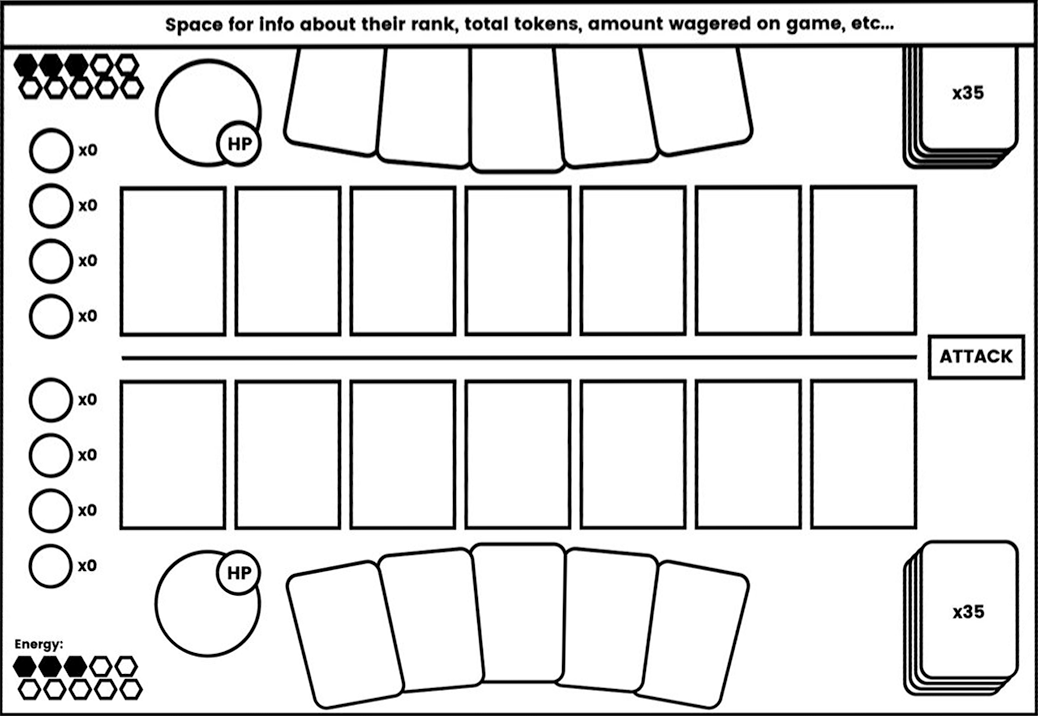 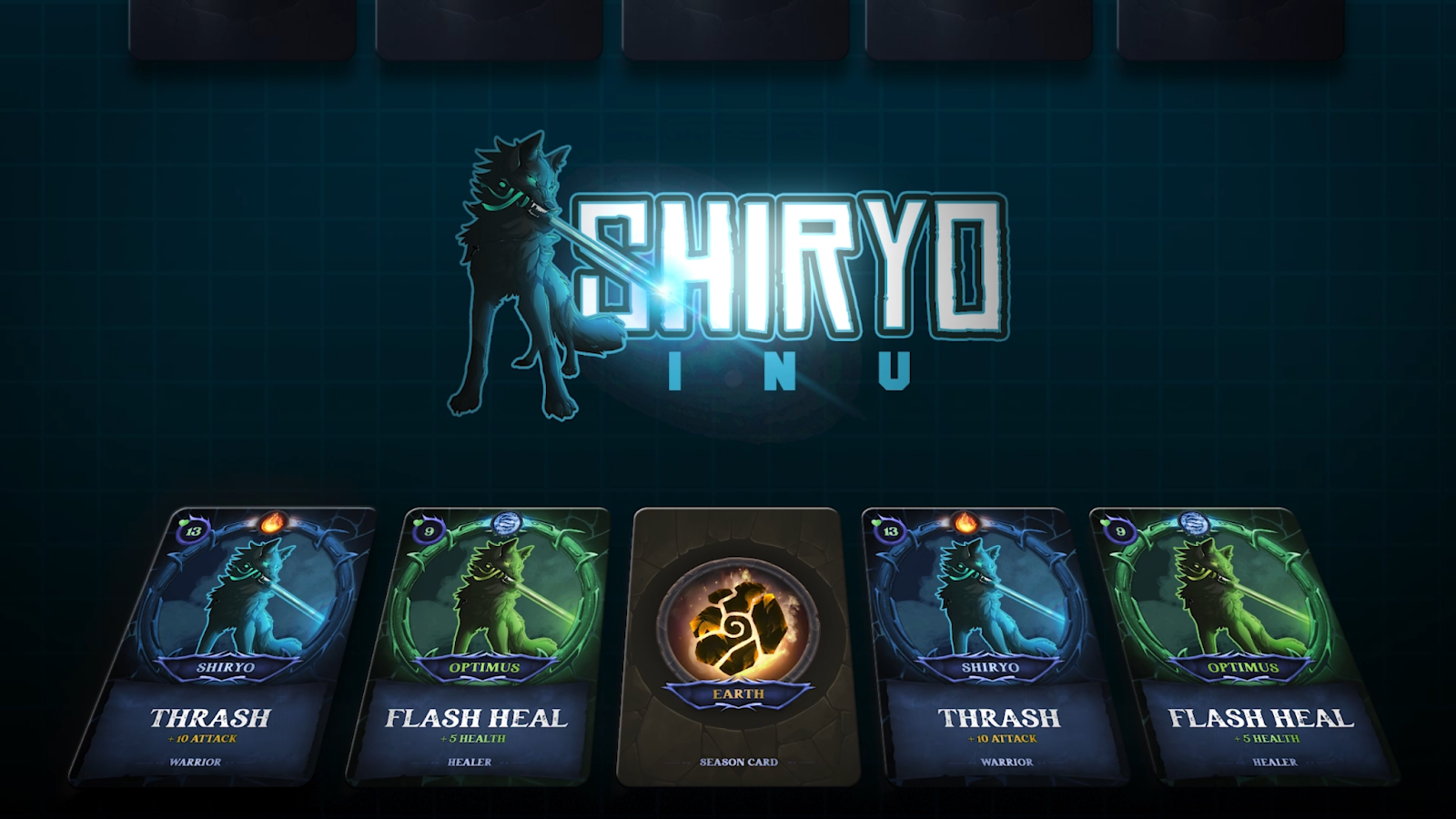 The second picture is from an early game concept video. This didn’t represent the layout of the game accurately, but was more of a reference for motion. It was the beginning of discovering the personality of the game’s movement. How cards would spring into action, die, take damage, and what it would all sound like. This, though, was the first example of the designed board, in motion, as per Jordan’s original layout design.

I re-call seeing that board in the first gameplay trailer. Can you tell us anything about that?

This was the ‘first’ iteration of showing how the game would look in motion. As you can see, really different from the final design. This one was designed in After Effects, mostly with flat layers.

Not too exotic looking, really just a technical bringing-to-life of the game, whose rules had by this point been designed and solidified. We thought it looked alright, but we knew it would have to evolve to match the high standards we would set with the card designs.

I was really excited to hear about this, how did the process go for creating the final wolves we see today?

When it came to the final designs of our wolves – we made a big spreadsheet for all of the wolves, all the names, all the abilities and all the descriptions. We submitted all these details to our artists and they got to work designing complex wolves from there.

We would get wolves sent to us at different stages of development, and we’d provide regular feedback and review to get things as polished as we could.

We hired a lot of artists, all of them talented, but we still sensed a variation in ability amongst them. One artist in particular, we noticed had a great deal of skill – in all aspects. Composition, colour rendition, posing, and the overall realisation of the proportions of the creatures. He originally drew the Groundstomper card, and we ended up asking him to draw all the Mythic rarity cards.

His technique was to spend a longer time on each card, but inject many layers of detail into them. So each card could be viewed at a very large scale and still be extremely detailed, relative to the other cards. So we took advantage of this by turning the artwork into larger posters and promotional animations. (Also I animated the cards themselves, just to make them a bit more special)

We actually got the idea for moving parts from members in the community, posting versions of these cards where the elements and such moved in the background. But this was done using warping techniques only. Since I had access to the layered .psd versions,

I decided to develop this technique much further, separating the artwork into layers and manipulating limbs, trees, water, and anything else that could plausibly move. It was an interesting challenge, because each card had to move *realistically*  (e.g, not bend in ways the character couldn’t) and also be a perfectly looping, and relatively short GIF. You’ll notice there’s a little camera zoom in and out in the animations. This is just to show off the depth of the layers a bit better in a way that would be apparent, even viewed at a small size.

I also used a few special techniques – the waves on the Corin card was a video of waves with filters over to look like a painting. For Indea, I replaced the sky with a smoke video, that I could make move in a seamless loop. 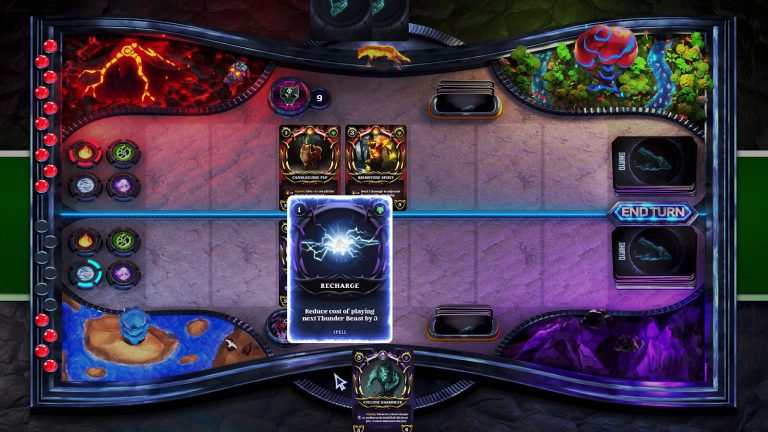 End of Year Wrap Up and a Look into the Future